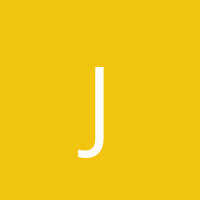 by J B PRO. The Lock Guy

In an earlier post I've introduced that I'm working on lock hardware for the Fox Theater. Thursday Dec. 22nd as I tried to put together a complete exit device out of parts from the Fox's subbasement, it became clear a trip to the hardware store was in order, but not just any hardware store. I've found a small chain called Howard Hardware, these folks carry so many more items that most. As I'm explaining to a clerk, about the hardware and were it's from, a gentleman approaches to explain he was one of a group of Georgia Tech Students in the 70's that worked on a revive the Fox program and how much he loves the Fox. Then to my surprise, from our conversation I become aware he's an accomplished craftsman and machinist. If that's not enough, he offers to take me back to his machine shop in the basement of his home, where we were like a couple of kids tinkering. With the machining of a part here and a piece there, we ended up with a complete device that worked like 1920. This story could end here and be great on its own. Yet there is more to tell. Greg Waits, my new friend, owns and operates a mill work which carries out historic preservation and restoration on doors and windows. I've been ask to look at restoring some of the doors at the Fox, I've already talked to the general manager to set up a meeting for Greg and myself. Some days we just flow.
inside exit device

How To Hang Wicker Baskets On Wall

If you want to create a wicker basket wall in your home, you’ve got to read this. We teach you how...

For my craft I am using some left over plastic spoons, candle holder and a toy from the Dollar Tree....

If you're like me you lose keys or can't find them when you need them!!
So this past weekend I...

How to Dip Dye Wool Locks

Part 2 of my Fiber-To-Dye-For Series
Did you see Part 1 on Multi Color Yarn Dyeing – Red & Blue...

Hey! It's Jess from Jessica Welling Interiors. Garden season is in full swing, so today I want to...

How to Revive a Faux Fur Rug With Hair Conditioner

A big home fashion trend just now is faux fur rugs. I personally have 3 in my home. They look lovely...

Protect your surfaces in style with these fun & colorful felt flower coasters. Whether you are...

Did you all know you can give fabric the look of batik using gel glue?!There are a lot of reasons...

Give your ugly hollow core doors an impressive makeover that wont break the bank. This DIY will...

Lately I have been seeing a lot of framed pressed dried flowers ad on Instagram. It looked...

The Simple Board and Batten DIY That Anyone Can Do

Do you ever just wake up with an idea that you have to run with right away? Unfortunately for my...

Do-It-Yourself Pet Beds And A Video!

Are you looking for an easy to make bed for your pet? Old drawers, wine boxes or crates can be...

This buffet was in very good shape, but my client wanted to brighten up her living room and the wood...

How to Make a Fitted Sheet Out of a Flat Sheet.

I use flat sheets for many things, but not for making my bed. This tutorial I'll show you how to...

I found this cute clementine box at a local junk store awhile back for $1.00. I thought it was the...

Memorial Day marks the official beginning of Summer. And, for many of us that means trips to the...

This year, I decided to grow my squash seedlings in a large container instead of planting them...

I looked through Pinterest like I normally do for ideas. I saw many ways to store paints, the one...

June 5th was National Donut Day, and all the motivation I needed to finally get around to making a...

Move over Tie Dye, Ice Dyeing is the new, cool way to make some unique, colorful fabrics such as tee...

Finding the perfect backsplash look for our kitchen Reno was a little hard not to mention everything...

Hi! It's Jess from Jessica Welling Interiors! I recently did a re-potting marathon with many of my...

UPDATE YOUR OUTDATED FLOORING THE BUDGET SAVVY WAY BY INSTALLING LAMINATE FLOORING. ITS SO SIMPLE &...

After having our second-hand dressers for ten years, I finally decided to give them a makeover! And...

I had initially wanted to buy a new ceiling fan for our living room, until I got the idea of just...

Old sewing machines are great pieces of history but can take up a lot of space if not in use....

Do Not Throw Away Your Over Ripe Tomatoes

During the COVID-19, and especially after the lock-down was lighted, I have tried looking for ways...

I am in $10 on the 10th blog hop challenge every month, where we are challenged to make a project...

Brick...it's classy, modern and traditional. It warms up a space and brings a rustic feeling to the...

DIY An Ottoman Slipcover -- From an Throw Rug!

Do you have a tired, worn ottoman, foot stool, bench, stool that needs some love? Make it a...