by Birdz of a Feather

Rigid plastic tubing – 1/4″ ID x 3/8″ OD
See More
See all materials
Any price and availability information displayed on [relevant Amazon Site(s), as applicable] at the time of purchase will apply to the purchase of this product.
Hometalk may collect a small share of sales from the links on this page. More info 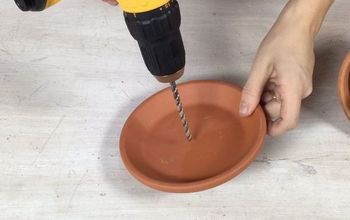 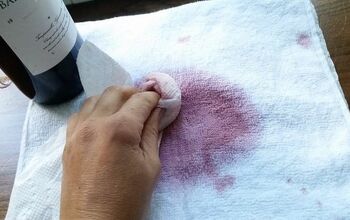 19 Gorgeous Updates for People Who Adore the Farmhouse Look

Redo of Back Pond

Finally we decided to tackle the back pond! We took everything out and rebuilt for a deeper, bigger...

One of the Easiest (and Coolest) DIY Water Features

In just one afternoon, you can build this easy and super cool pondless water fountain. What’s so...

My recent project for another DIY site's 'trash to treasure' challenge got so much positive feedback...

How I Keep the Falling Leaves Off My Patio Chair Cushions

I got tired of going outside in the morning to wet and/or dirty cushions. I didn't want to store...

How to Build a Backyard Waterfall up a Slope

Greatest Mother's Day present ever -- was building a waterfall in our backyard together with my son....

My grandfather taught me that you never throw out a good piece of wood. I had a few small pieces of...

How to Napkin Decoupage Pumpkins

PUMPKINS ARE A FAVORITE WAY TO DECORATE FOR FALL AND I'VE COLLECTED MY FAIR SHARE OVER THE YEARS....

Trash to Treasure - Side Table/humidor

A neighbor was getting rid of this cute little side table so my husband went and grabbed them for...

When I moved into my little condo, there were a variety of projects to do. Money had to be...

How to Make a Coffee Table Centerpiece

I found this plain drawer at my local Goodwill and decided it would make a great centerpiece for a...