10 Materials
$80
3 Hours
Advanced
I’ve been wanting faux ceiling beams for a while but because of the size of our kitchen, Rob didn’t think it’d be possible. We are now halfway through a little renovation in our kitchen/living room and I’m happy to say he was able to figure out how we could incorporate faux beams!!! He has a professional connection with someone who was able to get us reclaimed barn wood from Upstate New York and I must say that these beauties were worth every penny and all the work (which really wasn’t as much as I had imagined).
We want to help you DIY, so some of the materials in this post are linked to sellers. Just so you know, Hometalk may collect a small share of sales from the links on this page.
BEFORE:
Nothing special--just a plain 'ole white ceiling!
SUPPLIES:
-wood (we used reclaimed 2x6 beams)
-GRK 3-1/8” trim head screws
-Dewalt drill/screw gun
-Makita circular saw
-wire brush
-Dewalt palm sander with fine grit sandpaper (or you can just sand by hand without the palm sander)
- Irwin 100 ft. Metal Chalk Reel
-Zircon stud finder
*Note about the wood: we recommend that if you don't have a local reclaimed wood person you can purchase from and you're buying new wood instead, that you get 2x8 rough sawn spruce planks. These will likely run you roughly $25 a board.
STEP 1: Lay out/measure wall and ceiling
First, Rob and I figured out where we wanted our beams to be on our walls. We have a fairly small kitchen so we settled on having just four beams.
We figured out the spacing of the beams by measuring the length of the wall, then made marks where the edge of each beam would go. After we did this for one side of the room, we moved over to the other side where the beams would run and marked that wall the same way.
Then, we ran a chalk line down along the ceiling in order to be able to accurately (or close to it) line one edge of each beam to it as a guide to where we would mount the beams.
STEP 2: Prepare wood
Next, we prepared the wood by using a wire brush to clean off any residue or debris. Then, we lightly sanded in order to create a smooth surface. If you are buying new wood, this step would be irrelevant and you may want to scuff up and stain the wood for a rustic look.
STEP 3: Measure ceiling for beam size and mark studs
After our beams were prepped, we ran a measuring tape down the width of our ceiling to figure out how long our beams would need to be.
You're definitely going to need two people for this project!
While we were measuring the width of the ceiling, we went ahead and found the studs with a stud finder, marking them with a pencil.
STEP 4: Cut beams
Next, it was time to cut the beams. We squared off each beam by cutting off one end, then made our measurement from the squared off end, using the measurements (minus 1/8”) we obtained from STEP 3.
***NOTE: We cut the beams 1/8” shorter than what our measurements were so that we wouldn’t have to fight with trying to fit the beams in and them being too snug.
***If you don’t have a circular saw to cut the beams, I’m sure if you make your measurements before purchasing the wood for your beams (if you’re purchasing new wood), someone from Home Depot or Lowe’s can cut the wood for you—wherever it is you purchase your wood from.
STEP 5: Mount beams
Finally, we took 4” trim head screws and mounted the beams to the ceiling at the stud marks. We screwed the ends of the beams at an angle where the beams met the wall.
When we screwed in the end of the beams, we put in two screws--one on either side of the beam.
Unfortunately, the final picture isn’t overly amazing because we’re still in the middle of our reno but I’m still super excited how the beams came out! I’ll make sure to post a final photo of the kitchen once all the work is done so you can get the full effect. Once we get the spackle and paint finished, we’re going to be ripping out our top cabinets to have open shelving as well as painting the bottom cabinets. We’re hoping to have everything completed in the next month or two. YAAAYYY for a more open living space!
All-in-all because we had tools and most supplies on hand, it only cost us about $70 for the wood and $10 for the screws.

Makita XSS02Z 18V LXT Lithium-Ion Cordless...
See More
See all materials
Any price and availability information displayed on [relevant Amazon Site(s), as applicable] at the time of purchase will apply to the purchase of this product.
Hometalk may collect a small share of sales from the links on this page. More info 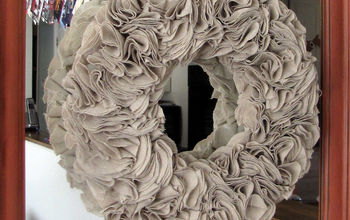 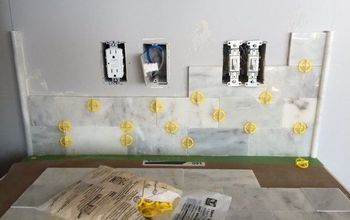 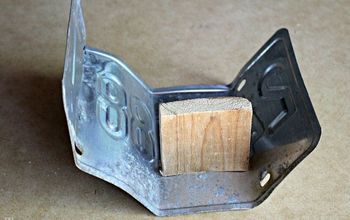 14 Smart and Stunning Ways to Use Brackets in Your Home

What is this tool? How do I use it?
Answer

Dress Up Your Ceilings With Faux Tin Ceiling Tiles

Have you ever been in a house built in the early 1900's that had the original pressed tin ceilings?...

How To Cover A Popcorn Ceiling By Installing Faux Tin

For whatever reason, builders in my area love popcorn ceilings...and I hate them!! So when I moved...

Hi, I'm Amber Oliver! I hope if you enjoy this project you'll also stop by my blog!After going back...

When we made my art room, it originally started out that I was going to have a big plain room with...

How to Paint a Faux Marble Ceiling!

One thing that I love to experiment with is faux finish painting. My most popular project by far,...

Over the last few months, we’ve spent a lot of time at home, dreaming of favorite & faraway places...

Placemats are a great way to make seasonal or everyday pillows for less! Buy seasonal placemats on...

Hey there! Well, we're still doing stuff over here at the Texas Blue Bungalow! I think I may have...

Transform Your Old Fabric Ottoman By Painting It.

I have this old ottoman for the 90's and I can't let it go. The fabric is very bright and doesn't...

Due to COVID, we had to cancel our Disneyworld vacation that we had planned to celebrate my... 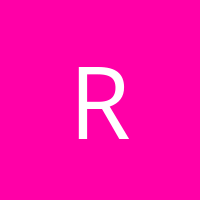 I have been wanting some simple wooden lanterns for my porch. My hubby convinced me to diy some...