How do you rid a very large yard of chiggers/redbugs and sand fleas.

+20
Answered
After a neighbor hauled in some hay for their horses. our yard became infested with what we think is either chiggers/redbugs or sand fleas. We end up with very painful bites that last several days. We have never seen them so really are unsure what type of insect they are. 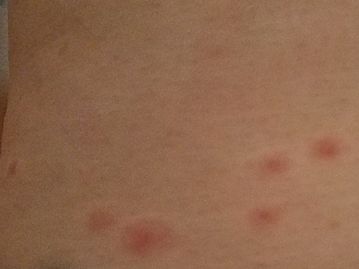 Get rid of weeds?

How can I get rid of ants on my Vinca plants?

How do I keep bugs away from my outdoor plants?

How can I keep raccoons out of my backyard?

What is eating the leaves on all my hibiscus zone 7b Willow Spring NC 27592 & how do I get rid of them?Thanks,Teresa

Whats the best product spray for fleas &ticks ,on yard?

How do I get rid of Night Crawlers from my yard?

Night Crawlers are causing large bumps in my yard, making it almost impossible to walk on the grass. Picking them after a rain only gets a few, the chemical adverti... See more

How can I get rid of these invasive thorny plants?

New home in SWFL has these thorny plants all over yard that irritate skin if touched. Desperate to rid my yard of them. Help!

What kind of caterpillar is this?

Can anyone ID this caterpillar?

How can I kill squash beetles that are in my garden?

Get rid of squash beetles

How to keep squirrels from digging in my planters?

How do I rid my yard and deck of flies?

My home is surround by other homes that have dogs in their yards and no one scoops up their messes!! HELP!!

How do I kill poison ivy in my flower bed?

How do I rid my lawn of chipmunks?

How to eliminate the caterpillars from my palm tree?

My palm tree has been destroyed for caterpillars. It migh be happening from a couple of days. I just noticed the effect.How to proceed? Should i spray a chemical?is ... See more

How do I get rid of squirrels in my crawl space?

Is there a perennial I could plant that would choke out weeds?

I have a piece of property that I would like to see the weeds cooked out of. It is close to a drainage waterway so I cannot use chemicals. There is crab grass, Canadi... See more

How do I control Neighbors cats?

How do I keep neighbors cats from digging up my yard and using it as an out house if you know what I mean. All I want to do is discourage them and have them take thei... See more

How can I get rid of little green frog?

I live on a farm and I am tired of my outside cats?

doing their business around my walk-in garage door (in the dirt and on the cement) and they also will do it on the cement floor in one part of the garage if they get ... See more

How to kill Ivy plants

Need a permanent way to get rid of creeping Charley ?

I live in a rural area near fields and lately I have a big problem with mice or rats eating my succulents. What can I put out to stop them? I have pets so I have to... See more

How can I stop these weeds in my lawn???

My lawn sprouts more weeds than grass!!!! When I mow, it's like Im just giving the weeds a haircut! My house is the corner house which has the biggest lawn. Im the in... See more