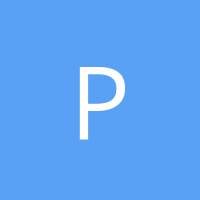 Thank You to All Contributors....

2 Materials
$2000
4 Days
Easy
Hometalk advice in action. I wanted to keep the cement texture so I went bold with black and silver metallic from modern masters paint and finished my basement. Bids I had from 10-12,000 turned out to be too expensive for my income I decided to do it myself.
first: a few coats of Drylock paint on the floors and walls using a paint brush a real cheap one from Home Depot worked best.
secondly: consulting with paint shops. But Hometalk helpers made the recommendations I eventually used. You guys were awesome. I used black paint in 2.5 walls. And modern masters silver metallic on the remaining walls. i painted the walls near ceiling before ceiling was installed. I then had to have a handyman come do the ceiling.
Thirdly: Home advisors was used because I just wanted to borrow a hubby for a day or two. He finished early and had a daily rate (I bought all supplies from his shopping list) day two was to install Electric and wainscoting I purchased at lowes for $15 per panel.
Fourth: My basement is 26x19. the ceiling , lighting, electrical and wainscotting were done in 2 days. He also did the detailing cutting for the flooring. The flooring was purchased off amazon and is 2 foot squares and fits together like a puzzle. Rubber on bottom laminate wood on top. Awesome.300.00 cost.
We (Hometalk) did it for under 2,000 including rubber flooring to wainscoting And ceiling tiles.
BTW I am a single 60+ women who is recovering from a stroke that left me partially paralyzed on the left side. But this was mostly done by me with the detail cutting and Electric/ladder work by handiman.
i now have downsized and have a familyroom fit for my growing family including a soft floor for my grand babies. Oh to cover the ugly fue box and heater I used shutters as door which are easy to move or remove when needed. Hometalk was my lifeline so Love you!!!

Upgrade Your Backyard With These 30 Clever Ideas
1 question

One of the easiest ways to expand the size of your home can be achieved by remodeling your basement....

Have you ever dreamt of having beautiful hardwood stairs but your stairs look something like this? ...

Best Small Thank You Gift Ideas for All Year Round

Thank you for what you’ve done for for me, mean to me or for being in my life. The big Thank You’s...

I'm posting a small tour of our home filled with my DIY for Valentine's Day. You can see more of my...