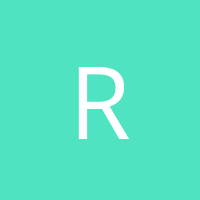 by Refurbish In The Middle

This piece has been a joy for me, using Debbie's DIY Golden ticket, it makes this piece pop! Makes me giddy! I've included tutorial videos to show the stencil, dry brush and waxing process. This piece is part of a three part series on youtube. And you can visit the blog for the entire gallery of posted pictures for this project.

Here is what I used on the entire project:

-Next, I used Debbie's DIY Golden Ticket on some of the larger medallions, then I used DIY paint colors: French Millinery, Cowgirl Coral, and Marquee on the smaller medallions.

-Dry brushed the Golden Ticket all over and for detailing.

-Then, I used hemp oil clear wax all over.

You could do this project in about 4-5 days. The dry time is what takes up the most time.

This project is rated medium as far as the "challenging" aspect.... as long as you know how to blend.

The main cost was stencils. But you can do it under 50.

I found this bed frame second hand, and saw a vision for it. Dull and dingy it was up for a change and I was up for the challenge....

The first video above shows the stenciling process.

Application of the Golden Ticket.

Transformed into a feeling of luxury and style with the gold accents.

The dry brushing of Golden Ticket process on the 2nd video.

It's getting there with the addition of golden ticket accents!

The third video tutorial goes over the Hemp oil wax process for the finish!

Couldn't you see yourself laying on the bed and sky gazing?

The sun is dancing upon the gold!

Radiating positive vibes and staged under the sky!

Debbie's DIY Golden Ticket
See More
See all materials
Any price and availability information displayed on [relevant Amazon Site(s), as applicable] at the time of purchase will apply to the purchase of this product.
Hometalk may collect a small share of sales from the links on this page. More info

Need ideas to cover up holes from cupboard...
Answer

In this tutorial, I painted my upholstered bed using what I had an only two supplies! I followed a...

Another Bench Project From an Old Bed

My take on a popular project...

I needed to reupholster a headboard. The headboard was great quality already, so it would be a shame...

This repurposing project is sponsored by Beyond Paint, but the project idea, pictures, video, and...

Hi Hometalk! If you're looking to give your kids some imaginative inspiration, why not give this a...

Got an old rusty antique bedspring hanging around? How about making a Lighted Marquee sign?? I...

Hometalk went live at Lory's French country townhouse! You're about to get some amazing decorating...

How to Get a Restoration Hardware Finish

We both LOVE the Restoration Hardware style, but the price "YIKES" is out of our budget! We had been...

We wanted an upholstered headboard to add some colour and comfort to our bedroom but we weren't...

Have you ever eyed something for so long, and then you finally bite the bullet, take the plunge and...

When my son asked for a house bed, I was inspired to create a house shaped headboard out of free...

I've always had a thing for tents, tee pees, forts and hideaways. And there is something so magical...

DIY Bed Frame and Head Board

This is the perfect modern bed that will cost you a fraction of the price of something you can buy...

If you have a bedroom that needs a little touch to make the room complete, this is definitely a...

This week I decided to take care of the mess under my bed and transformed two large drawers of an...

I recently found a beautiful bed with so many details. Unfortunately it was so dark they were...