A couple of years ago when we renovated our rental house, one of the most expensive things we did was to replace all of the old original windows from the 1940s. I was so excited with ideas for the old windows, even with worn and rotten wood, because of the wavy glass in them and just for the love of the architectural details. Unfortunately all of the windows were stolen the next day from the garage of the rental house except for three with broken glass. I won’t even talk about the anger and frustration over that situation, but instead I want to share today on how I recently upcycled one of the old windows into a one of a kind wall art.

Even though I only have three of the original eleven windows, I have still been able to use the old and worn window frames in my home. Mostly as a backdrop for decorations on my large stone fireplace and wood mantel. I have also found that by leaving the original hardware on the frames, I have been able to use the hardware as hooks for decorations and wreaths since I can’t put nails in to the stone of the fireplace. The versatility of having these old frames has been well worth saving them.

One window is still in use on the mantel to hang a spring wreath this year.

Just like a lot of things, we get tired of how we are using something and want to change things up so I had recently pulled the windows down from the fireplace and put two of them in storage. I didn’t want to use them but certainly didn’t plan to get rid of them either. In the same room as my large fireplace, aka the family room or the front room as we call it, the ceilings are 17 foot high and create a lot of empty space to fill. So I hung one of the old window frames on a wall near the large window and sky light but it just didn't create enough architectural interest on the wall like I hoped. I decided to dress it up a bit.

Attach twine to the back of the window frame

I considered adding chicken wire or hardware cloth to the back of the window but nixed that idea because chicken wire is too Farmhouse style, and hardware cloth is much too heavy. The windows are heavy enough as they are. So instead, for one of the old worn windows, I took just basic jute twine and a staple gun and created my own version of architectural wall art.

Staple the twine in a boxed pattern

I repeated this process until I had a filled in the back of the window frame with a boxed pattern instead of random slanted strands. I have seen this process before but with the twine stabled on with a slanted angle and not a box pattern. The box pattern gives the project a more modern flare for my home.

Hanging the upcycled window frame back on the wall, I stepped back to see how it looked. I liked it a lot, but it still needed some extra charm and character.

Add a little bit of charm

Earlier this same day, I had purchased these Spring tulip bunches from Michael’s, so I took one bunch of them and wrapped the stem in burlap ribbon and raffia. The jute twine strands attached tightly to the back of the window frame were just perfect for holding the tiny tulip bouquet in place for a unique and simple piece of architectural artwork for the tall wall near the windows.

It is definitely not expensive or fancy artwork, but the pop of color with the tulips draws attention to the old and worn window frame that has a bit of history behind it for our family.

Now this once blank corner of the room has some charm along with some unique architectural interest.

Tulip Stems
See More
Any price and availability information displayed on [relevant Amazon Site(s), as applicable] at the time of purchase will apply to the purchase of this product.
Hometalk may collect a small share of sales from the links on this page. More info

These Are the Pantry Organizing Hacks That You've Been Waiting For

This is the 3rd coathow do i fix this can see every...
Answer

How to create a serving tray out of an old window! With the living room remodel under way one thing...

Since this quarantine is preventing me from freely roaming the hardware stores, I decided to take a...

How to Make a Bee Skep Wreath

Bee Skeps are so popular right now for decoration and I wanted something incorporating them to go on...

On a recent trip to a local salvage market, I found an old window frame with only one pane of glass...

How I Painted a Double-paned Window (DIY Art for the NON Artist!)

I saw an old window at the curb with FREE written on it. So of course, I pulled over! Because it was...

Easy Stenciling on an Old Window

I have several old windows frames that I have upcycled into window displays for suncatchers! This is...

Looking for a greenhouse? Try this simple tiny greenhouse made from windows! Check out more DIY's by...

Hey there! When you think of an accent wall, do you think permanent and/or expensive? Well they...

I have several old windows that I just love and I finally decided to give one a makeover! Using...

This is a cute and simple project that I think would make a great Mother’s Day gift. You could use...

I saw these cute mini wood fences and loved the color so I thought to make something that also had... 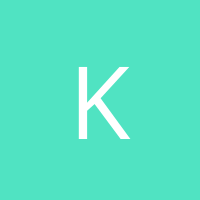 We’ve been wanting do a gallery wall in our front hall for a while now. First step is finding enough...

Here is a great tutorial to build a cover over an existing range hood. In some homes range hoods can...

Looking for a quick project that is stylish and functional? Look no further! This mid-century modern...

I bought some candle holders from a thrift store, blue mason jars from a garage sale, and put them...

Hi it's Jess from Jessica Welling Interiors. In order to cope with being stuck at home for the past...

Farmhouse Industrial Fixture for Under $20

How I turned this dated, contractor grade light into a farmhouse industrial fixture for only $20.

How to Make Gingerbread Fretwork for House Trim, Easy Woodworking

Our DIY gingerbread project wasn't very difficult or expensive. We used 29 spindles from Lowes which...

Close your eyes, try to visualize what the corners in your shower and around your tub look like. Are...

I love bringing new life to things that would otherwise be destined for the trash. With the help of...

This week I did a simple DIY repurposing using an old furniture piece. This piece turned into a...

Have some old tables that have seen better days? Driving down the road on garbage day and see some...