I love bringing new life to things that would otherwise be destined for the trash. With the help of a little paint and my Blue Ridge Mechanics Tool Kit, I made this planter out of a Bullet Upright Smoker that was past its prime.

This smoker definitely earned its keep for several years, but it was time to retire it. Instead of taking it to the recycling center or the dump, a friend of mine gave me a brilliant idea: why not turn the bottom portion into a planter?

It’s all in the prep work!

The first thing that I needed to do was clean this puppy up and get it ready for painting, which gave me an excuse to break out my pressure washer!

I then used a wire brush to remove the majority of the caked-on grime on the inside, and a little oven cleaner on the exterior, which I followed up with a little sandpaper to rough up the paint.

My Blue Ridge Tools Mechanics Tool Kit came in really handy with this next step! I wanted to remove the legs in order to make repainting easier, but they were hopelessly rusted and stuck. The kit includes a small wire brush, which I used to scrub off as much of the rust as possible.

Then, with the help of the 7/16 socket and the flathead screwdriver bit (and a little WD-40) I was able to remove the bolts from the tops of the legs. The lower bolts still wouldn’t budge, but I was able to pull the legs far enough away from the bowl to paint under them.

After I taped up the legs and drilled a few holes at the bottom for extra drainage, it was time to get painting! I started with a coat of Rust-Oleum Rust Converter to stop any residual rust from spreading and provide a nice primer for the top coat.

Once that was done, I packed it in for the night to give it 24 hours to dry.

Time for the Fun Part!

I wanted a bold color for this project, so I chose bright, fire engine red! I used high heat, high gloss engine paint, because it was something I had on hand. You can use any paint that will adhere to metal for this project. I applied two coats quickly, then let the planter dry overnight.

I broke out the Blue Ridge Tools Mechanics kit again to add the bolts back into the legs.

Luckily there’s a nice set of needle-nose pliers included in the kit as well, which not only helped to pull off some stubborn masking tape, but also helped maneuver the vent covers back into their proper shape.

I chose a quality potting soil from my local home improvement store and filled the pot to just shy of the rim (after adding a few river rocks to the bottom of course, to keep the soil from slowly leaking out of the bottom of the pot).

This planter will find its home on my front porch, so I chose two shade-loving plants to fill it: white impatiens and a tall hosta plant to add a little height.

For the first few days after being transplanted, the plants looked a little sad and stressed. But they soon adjusted to their new home and are thriving on the front porch!

Disclosure: This post is sponsored by Blue Ridge Tools, all opinions are my own.

Rust-Oleum High Heat Engine paint
See More
See all materials
Any price and availability information displayed on [relevant Amazon Site(s), as applicable] at the time of purchase will apply to the purchase of this product.
Hometalk may collect a small share of sales from the links on this page. More info 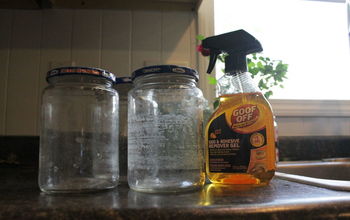 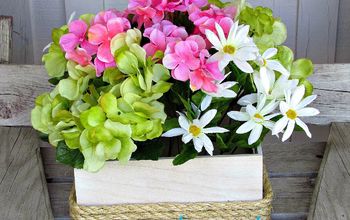 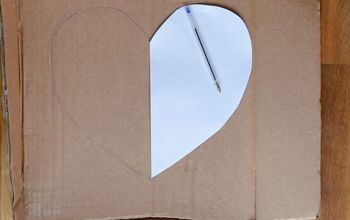 15 Affordable DIY Projects You Can Do Right Now!
2 questions

How can I decorate white boards edging for...
Answer

No More Coconut Liners for My Hanging Baskets!

I always have hanging baskets, all over the place! On stands, on my trees anywhere I can find a...

I have this little space in my yard that is so plain looking and I have always wanted to add a...

I was on my way to a table of free items advertised on my my local Facebook page when I noticed a...

How to Build a DIY Flower Planter Box

If you’re limited on space or don’t want to dig up your yard to put in plants, planter boxes could...

Creative plant combinations and ways to stretch your money when you put together your own hanging...

Three Dogs in a Garden

Hey guys! Today I'm going to share a super basic DIY project that I completed this week. This is a...

Need a large planter, but don't want to spend a fortune? I hear ya! Large flower pots and planters...

Now that the holidays are over, our bay window area is looking a little sparse. I'm starting to...

Turn an Old Chair Into a Bright New Chair Planter

It’s always nice to breathe new life into an old piece of furniture, and this project does just...

With the weather transitioning, we have a project that can displayed outdoors while the weather is...

How to Hang on Brick

Hi, I'm Amber Oliver! I hope if you enjoy this project you'll also stop by my blog!I bought some new...

My neighbors think it is easier to leave their trash at my front door than throwing it away.I cannot...

How to Repurpose Broken Mugs Into Planters

Wondering what to do with the old coffee cups stuck in the back of your cupboard? Here's an easy...

It's been quite a while since I paired creativity with the use of my green thumb. Several years ago,...

A step by step, very detailed tutorial on how to make these adorable wine cork planters for wedding...

I saw a couple of mirrors on Anthropologie's website that I fell in love with! But who has almost...

Fall is here, and I’m getting in the spirit with these gorgeous chalkboard wreaths. They’re perfect...