We recently had a pretty good wind storm (100mph+) and it took care of a lot of my shingles.

I've had several roofers come with bids and they ALL say I need a new roof because the singles on my roof can't be matched. The insurance company said they'll replace two sides of my roof (one side faces the back yard, the other faces to side of yard). I think the insurance company said they'll do 6 squares.
Unfortunately they cut me a check for $2800 (that includes a window and bar-b-q that were damaged) and that's about $3K less than the lowest roofer bid to repair what he could, and around $8K less than all of the roofers "suggested I get done".
I called the insurance company for a re-look after one of the roofers offered to talk to the insurance company for us; and that has resulted in nothing but "explanations on why the check was the amount it was". The insurance company says they are not required to make the shingles match. The roofers say they can't physically match the shingles because they are different styles not just different colors.
My question is: What the heck can I do? I've got bare wood showing on the worst parts and the plastic covering might not hold up much longer (it's snowing here).
I thought about getting the re-look, seeing if the insurance company will at least fork up another $5K (yeah) and I'll "try" to pay the difference for a new roof (The bids for an entire new roof are between $9500 and $10,500).
I have American Family right now; but I think when this is over I'll move over to USAA.
Back side wind damage.
7 answers

15 Fabulous Ways To Pretty Up Your Flooring For Less

Geneva Johnson
Sep 28 2018
I have a wheelchair ramp and when it rains it gets very slippery. Any ideas how to make it safer?
8
See answers

Cindy Stearns
Oct 7 2020
Hello, Cindy here again. Our back patio surrounds the pool, which has several expanders needing replacement. Currently, the slats are wood, but after many years,... See more
6
See answers

How do I attach shutters to a brick wall what sort of nails do I use ? 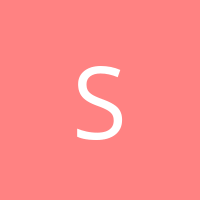 MDF board under roof on screen porch

Donna Neill Perry
Oct 23 2015
Is there a right & wrong side to put up on a screen porch for the MDF panels that the roof is attached to? Two panels are turned on the smooth side showing inside on... See more
18
See answers

How do we fix this ugly chimney?

How do I fix crumbling stepping stones? 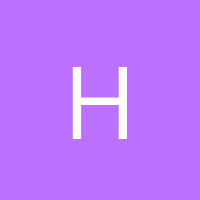 How can we fix our concrete?

Ellen L Wright
Mar 31 2019
The people who built this house LOVED CONCRETE. As in seriously loved concrete. He even built his own super sized septic tank out of the stuff. The place is a... See more
7
See answers

Where to buy and how to repair tear in retractable awning's fabric.

Reka
Jun 12 2018
I have one big and three small tear in the fabric of retractable awning. I would like to put a long patch across the awning.
8
See answers

How can I keep leaves out of koi pond?

Pam Giesler Bell
Sep 10 2018
I have a koi pond in my backyard. The pond is pretty large (20 fish). I also have lots of trees. How can I keep the newly fallen leaves out of it this fall? I'd... See more
6
See answers

How to get a wet concrete patio dry so that sealant can be applied?

Kelly-n-Tony
Sep 25 2018
My concrete patio is covered by a small roof and portions of it are always wet. I wanted to use a concrete sealant but directions say it needs to be dry. It won't dry... See more
5
See answers

How can I redo a fire table?

Cathy Nelson
Oct 1 2018
My Fire table has a plaster top that is chipping off. What's a good way to fix/replace the top?
6
See answers

How do I mend a pond liner without having to replace it? 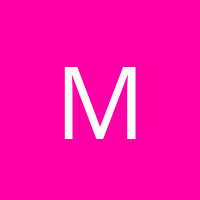 Mary Noll
Aug 7 2018
We built our coy pong nearly 20 years ago, then enlarged it and relined it about 10 years ago. We are pretty sure the liner has been torn or punctured because the... See more
5
See answers

What can I do? My roof still leaks!

Sally Sue
Jun 3 2018
Ive bought a trailer, 87 Schultz. The roof has been kool-sealed 3 time- When it still leaks around the edges. What else can I do??
8
See answers

What is the Best way to restore wood porch railing and spindles?

She8935409
May 25 2018
Hello fello DIYers, I have a wood porch railing across the front and side of the house. Unfortunately with all the rain the gutters got clogged and overflowed onto... See more
13
See answers

Rain barrel that leaks- what to do? 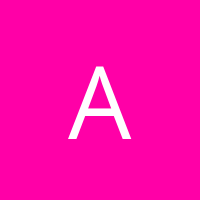 All33347824
May 6 2018
I have tried the black flex spray that is advertised on tv to patch a cut up boat, but on the plastic barrel it just peeled off. The leaks are on the bottom side... See more
7
See answers

What would cause brick on a house to degrade?

How do I seal minor cracks+ prepare these concrete planters to plant? 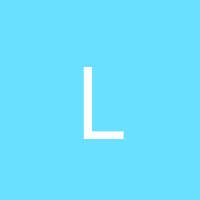 LB
Jan 15 2018
Scored on these planters for a space outside my new fence. They have very minor cracks which need repair. Plus, what do I use to seal the interior, for plants/shrubs... See more
8
See answers

Ceiling has leak marks in a large, should we scrape popcorn or patch? 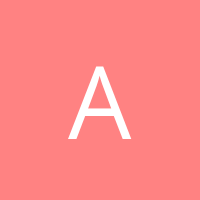 What can you do to a broken cement Walkway inexpensively.

Dahlia Walsh
Oct 8 2017
Tree roots have broken the cement. It is wheelchair accessible and would have to include the ramp access.
6
See answers

How can I cover up this hole in our ceiling?

Lynnelle Hempel Foreman
Sep 27 2017
Suggestions for covering up ceiling opening. We will be putting in a ceiling fan with lights. As you can see dealing the ceiling opening is our the issue.
4
See answers

Oh deer, how do I fix this?

Karen Francis
Dec 26 2014
Just wondering if bondo is the proper thing for this much damage or if there's something that doesn't dry as fast so. This is largest job I've attempted, your help is... See more
5
See answers

Janice Laprise
Jan 30 2014
Does anyone know if the command hooks will stick to a painted cement wall? Want to hang some decor items in the laundry room , but it has cinder block walls.
13
See answers

How can I salvage a crumbling, cracked 24x24" triangle shaped concrete patio without tearing it out?