As promised in TLLG's posting yesterday (@ http://www.hometalk.com/2442456/group-c-wins-3rd-coin-toss-follow-up-halloween-decor-part-3-of-4 ) here on HT, I'm bringing you the conclusion of my four part series that showcases the characters who are visiting me for Halloween.

While the characters that I am discussing today are from GROUP D, who lost all of the coin tosses held for the ordering of how Mr. Moon-In-The-Man* and I would feature each group of characters in my succulent garden, they are a vital part of the ambience as you will see upon viewing this post.

Because this post is being written on October 29th, which is also Cat Appreciation Day, I will begin with solo photo-ops of a Halloween loving character who is dressed as a cat. She can be seen in images one through four. In image five she can be seen with the rest of GROUP D as they await their turn to visit the succulent garden, which Miss MEOW ultimately did today (as seen in image six).

Be that as it may, the juggler of pumpkins was too focused on what he was doing to worry about Miss MEOW's diverted attention and you can find solo photo-ops of the juggler in the armoire in images (seen through nine) as well as in my succulent garden (image ten).

Getting back to the group shot, directly to the left is a very unassuming trick-or-treater dressed a witch. She is partially obscured by another group member (as in Mr. Green Boy) but her solo photo-ops can be seen in images eleven through thirteen and in the image of her in my garden alongside the passiflora (image fourteen) she is also obstructed; or, perhaps in both instances (the group shot and the garden shot) she is being camera shy, unlike Miss MEOW.

Whether Mr. Green Boy is blocking the little witch in the photo-op of GROUP D or whether she is hiding is something that they are not telling me but in any event, solo photos of Mr. Green Boy can be found in images fifteen through eighteen, while image nineteen features him enjoying the succulent garden.

Directly behind Mr. Green Boy is a MOM-AH WITCH carrying her child's doll and her photo-ops are included in pictures twenty through twenty-two (armoire) and twenty-three (succulent garden).

To the immediate left of MOM-AH witch, is sweet Little Miss BOO who ALWAYS finds a maternal figure to stand beside. Miss BOO's pictures are seen in images twenty-four through twenty-seven (armoire) and twenty-eight succulent garden.
AND, last but not least, is the little character dressed as a turkey (pictures twenty-nine through thirty-one); however, he needs to be careful not to be mistaken for the real thing since Thanksgiving is next month!

At the moment he is too focused on what he is eating for Halloween and not a fear of being eaten for Thanksgiving as evidenced by him insisting on two garden photo-ops (thirty-two and thirty-three) when everyone else only had one picture taken in the garden.
Be that as it may, the turkey is safe with me since I don't eat fowl! Meanwhile, with his costume geared towards the next holiday, I'll end my series of Halloween decor in a living space but I'll be back soon as ANOTHER of cast of characters is waiting to be heard for the next round of holidays!

15 Brilliant Ways to Use All of Your Coffee Leftovers

Screen in a covered porch?
Answer

I bought a Manufactured home in February and had to do a lot of upgrades. It looked really old... 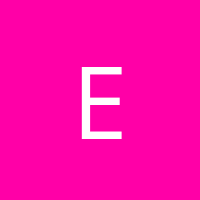 Learn How to Quickly Repair Scratched Leather With a Kit

Pets and leather do not mix. I can’t tell you how many times my cat has scratched my leather...

I bought this giant-sized black plastic cauldron some years ago on sale after Halloween and if...

How To Turn a Mason Jar Into a Frankenstein Beverage Cup

Frugal crafts are simply the best. If you already own a few mason jars you are off to a great start....

Yesterday I popped into our Dollar General Store to take a quick look-see at what they had for fall...

These Cheesecloth Halloween Ghosts make for a fun project and the perfect table decor for your...

I LOVE setting the table for guests, I love that you can get super detailed and have fun with color,...

Are your utility boxes/meters visible on the side of your house? Have you built a 'privacy' screen...

I found a little table at auction that was the perfect size for an additional landing pad for our...

We bought our home 2 years ago and finally decided it was time to tackle a bathroom! We choose the...

How to Make Rubber Toys (with Silicone & Corn Starch)

I recently discovered this really neat thing you can do with corn starch and silicone...make rubber...

Bathroom Board And Batten Wall

Our kids bathroom needed a little refresh! This poor bathroom had been neglected for a long time,...

A simple way to dress us those boring numbers on the front of your house in just a few hours.I was...

Something Cute for Your Herb Garden!

I love easy and cute projects. It seems like this year we are spending a lot of time in our garden....

Sometimes I find great furniture online and this was the case for this great hutch. I couldn't...

How To Make A Recycled Tin Can Owl

We turn metal trash into a cute tin can owl that can be hung in your garden or used as cute...

After we refurbished our backyard swimming pool, I was trying to figure out how to hide the pool...

Do you ever buy Oui Yogurts from the grocery store? If not, you should. First off, it is delicious...

$0 Shiplap and a Laundry Room Makeover

If you have a Sharpie, a wall, and a love for shiplap- check out this tutorial!This project is great...

COVID and isolation has definitely changed a lot of things for us - including how we all now view...

How to Wallpaper Over Textured Walls With No Prepwork

Wallpaper. You either love it or hate it. Or maybe you're indifferent, you've never really put any...

Hey hey fellow crafty people! The boyfriend's strong love for walnuts has paid off! He bought these...

I found this sad, ugly vintage metal desk for $5. It was covered in pink spray paint; but I saw its...

I am so excited to show you how you can easily add shelves to any area in your home. This is a super...

The first step is to find a laser cut wood template of something you’d like to mosaic. I chose a...

Create a functional gate that ties into your modern farmhouse decor that is easy to make and...

Create an old fashion menu board for your home to hold your plates and cutting boards. I loved...

I recently saw this method of decorating pots and I thought I' d share it. It's a very easy way to...

We had been lugging around my husband’s family heirloom gun cabinet for years. It was yellow oak big...

The bench of my dreams... and you’re too.I posted a lot of videos about it on my IG with details....

We've been envisioning a moody green accent wall in our master bedroom for a while now. With summer...

As part of our little patio makeover, I really wanted to add some lights for all the cozy ambiance.